The fragments below are from the map "Regnum Neapolitanum", which appeared in 1570 in the famous Ortelius' atlas "Theatrum Orbis Terrarum". The map shows an existing, "alive" town with the name "Pompeia" near Vesuvius. Where is this town now? What is its present-day name? 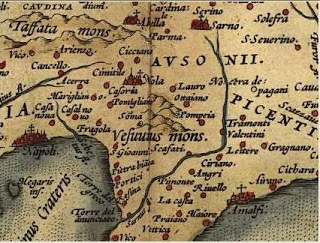 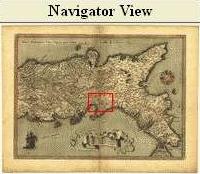 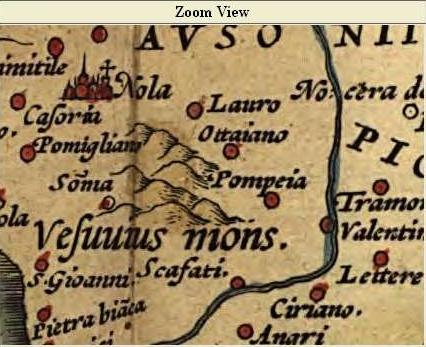 A. Tschurilow's article suggests a reasonable hypothesis, which gives answer to these questions.

In the article is discussed the very interesting problem of the dating of the famous Vesuvius' eruption, which covered completely the town of Pompeii by a layer of volcanic ash and pumice-stone. The author conducted extensive studies. He found and analyzed important evidence about the eruption of Vesuvius of 1631 and about the destruction by this eruption of surrounding towns. In particular he studied carefully and analyzed the special features of the Canal of Count Sarno and its environment in Pompeii.

Jordan Tabov, DSc,
Department of Application of Information Technologies in the Humanities,
Institute of Mathematics and Informatics,
Bulgarian Academy of Sciences