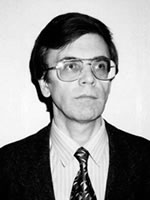 Born in 1945, academician of Russian Academy of Sciences (RAS), actual member of RANS (Russian Academy of Natural Sciences), actual member of IAS of HS (International Academy of Science of Higher School), actual member of ATS RF (Academy of Technological Sciences of Russian Federation), doctor of physical-mathematical sciences, professor, the head of the department of differential geometry and applications of the Faculty of Mathematics and Mechanics of the Moscow State Lomonosov University. He solved a well-known Plateau problem in the theory of spectral minimal surfaces, created a theory of thin classification of integrable Hamiltonian dynamical systems. Award winner of the State Prize of Russian Federation of 1996 (in the field of mathematics) for a series of works on the theory of invariants of the manifolds and Hamiltonian dynamical systems. The author of 250 scientific works, 24 monographs and text books, specialist in the field of geometry and topology, calculus of variations, theory of minimal surfaces, symplectic topology, Hamiltonian geometry and mechanics, computer geometry.
The author of several books on development and application of new empirical-statistical methods for the analysis of historical chronicles, chronology of the ancient time and Middle Ages.

Printed works of A.T.Fomenko (full list) >>
List of works on mathematics >>
Mathematical books >>
Amount of quotations of publications of A.T.Fomenko. Information for September 2013 according to different scientific databases >>
List of students of A.T.Fomenko, who defended their thesis under his supervision >>
Books on new chronology >>
Participation in art exhibitions >>
Graphics >> 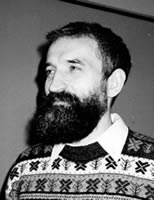 Born in1958, candidate of physical-mathematical sciences (MSU, 1988), specialist in probability theory, mathematical statistics, theory of stochastic processes, optimization theory, stochastic differential equations, computer modeling of stochastic processes. He worked in the Space Research institute (Moscow), in Moscow MOSSTANKIN institute, and also in Japan, within a scientific cooperation between the MSU and University of Aizu in the field of computer geometry. At the moment he works as Associate Professor at Mech-Math Faculty of the MSU at the Chair of Differential Geometry and Applications. 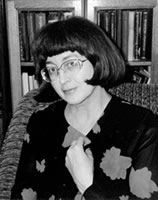 Fomenko Tatiana Nikolaevna, doctor of physical-mathematical sciences, professor of the department of General Mathematics of the faculty of Computational Mathematics and Cybernetics of the MSU, has over 80 scientific and methodological publications in the field of algebraic topology and its applications, and also in the theory of complex systems. Also is a co-author of popular textbook "Introduction into topology" for the universities, which passed 5 editions in Russia and abroad.
For many years worked in Moscow Institute of Steal and Alloy.
In 1991 conducted scientific research and read a half-year course of lections on algebraic topology in the University of British Columbia in Vancouver (Canada). A member of Moscow Mathematical Society. 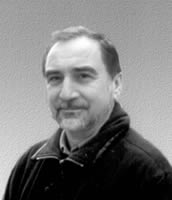 (1942-2001). Doctor of physical-mathematical sciences, professor. A famous specialist in the field of applicable theory of probabilities. The sphere of interests of V.V.Kalashnikov included models of mass service, reliability, risk, simulation modeling of stochastic systems. In particular, he got the criteria and evaluation of steadiness and other qualities of the indicated above models and different random processes. The results of this research got wide recognition of scientific society. V.V.Kalashnikov was a member of the editorial board of several domestic and international magazines. He published more than 160 scientific works including 10 monographs (published in our country and abroad). The achieved results were reflected in a number of reference books and specialized encyclopedias. For the works in the field of modeling V.V.Kalashnikov was awarded a State Prize of the USSR in 1986.