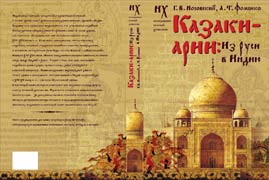 Part 2.
"THE SHIP OF FOOLS" AND THE REBEL OF REFORMATION. MISCELLANEOUS.
1. "Antique" Skythian Ivanko Tarul of 1748 A.D.
2. At the epoch of Reformation the image of "The Ship of Fools" was created and promoted; and all the Western Europe had been made laughing at it. The reformers laughed at the Great = "Mongol" Empire.
3. In the XVI-XVII centuries some points of the Biblical history looked not like in the famous today canon of the Bible.
4. Changes of the Christian cross, which appeared after the XII century.
5. Irish sea tales - "The Floating of St. Breanainn", "The Life of St. Columbanus" and others, related by historians to the VI century A.D., actually tell about the floating of Columbus in 1492.
6. Some historians, responding to our new chronology, try to argue against the true statements of the Russian chronicles about the Battle of Kulikovo, which became "very unpleasant" to them.
LITERATURE.
About the authors.
Signatures to drawings